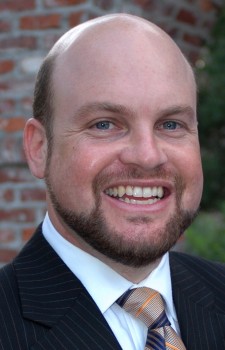 This year's other UWWM honorees are:

Over the last decade, six additional attorney-mediators on UWWM's panel have been listed, most of them repeatedly. They are firm President and CEO John J. Upchurch, Founding Principal Terrence M. "Terry" White, Shareholder A. Michelle Jernigan and mediator John C. Briggs, all based in Florida; plus ShareholderGeorge M. "Marty" Van Tassel Jr. and mediator and arbitrator Arthur J. Hanes, both based in Alabama.

Each year, no more than five percent of the lawyers in each state are selected by the research team at Super Lawyers to receive this honor, according to superlawyers.com:

"Super Lawyers, a Thomson Reuters business, is a rating service of outstanding lawyers from more than 70 practice areas who have attained a high degree of peer recognition and professional achievement. The annual selections are made using a patented multiphase process that includes a statewide survey of lawyers, an independent research evaluation of candidates and peer reviews by practice area. The result is a credible, comprehensive and diverse listing of exceptional attorneys. The Super Lawyers lists are published nationwide in Super Lawyers Magazines and in leading city and regional magazines and newspapers across the country. Super Lawyers Magazines also feature editorial profiles of attorneys who embody excellence in the practice of law."

Get notified about new releases.

Sign up for email updates from Upchurch Watson White & Max.